FMF/KTM’s Taylor Robert has finished second at the last two KENDA Tennessee Knockout events and will be back in 2015 looking to move up to the top of the podium. The fifth annual TKO will take place on the weekend of August 15-16 and the Arizona native has proven to be quick to adapt to the wet, technical East Coast terrain at the amazing Trials Training Center. 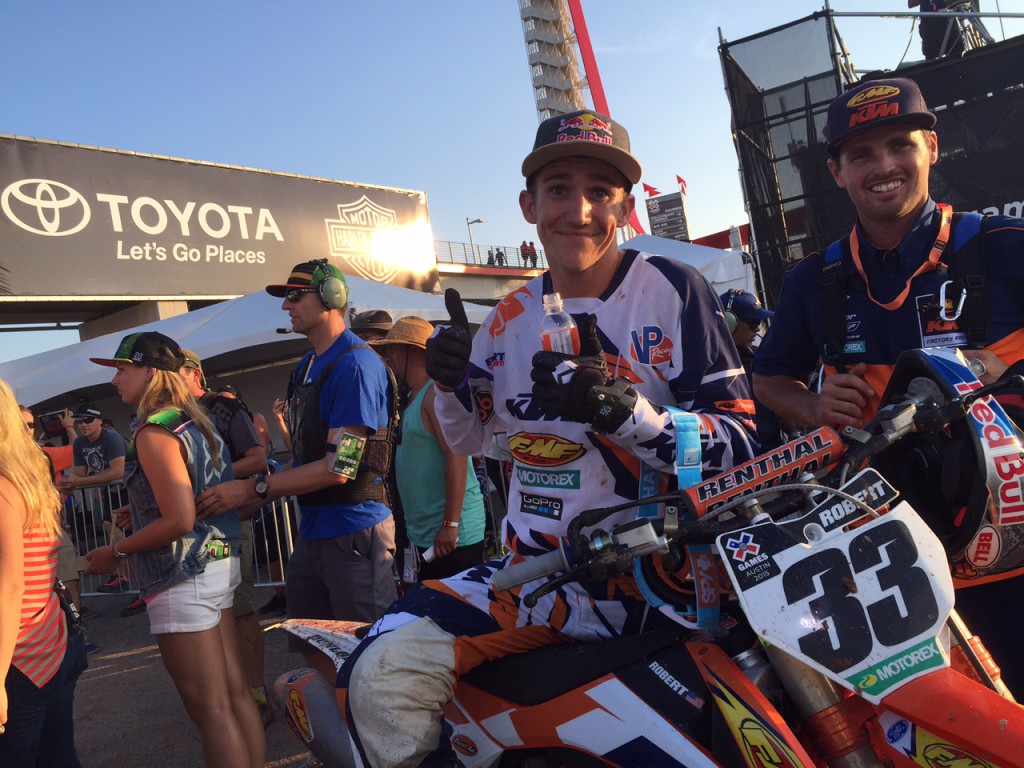 “The TKO is one of the toughest yet most fun races in the United States” said Robert. “There are definitely parts where everyone struggles and gets frustrated but the feeling you get when you cross the finish is amazing”.

Robert missed several months of racing to start the 2015 season due to a wrist injury but earned a silver medal at the X Games Enduro X in June to show that he is back up to speed. He passed Cody Webb late in the main event to take the spot and that is likely the man he will have to battle again to take his first KENDA Tennessee Knockout win.