Team SRT-Husqvarna (@husqvarnamotorcyclesusa & @srtoffroad) has confirmed that Trystan Hart (@trystanhart_84) and Wally Palmer (@wildwallypalmer) will be competing at the 2018 Kenda Tennessee Knockout this coming weekend. The Team SRT-Husqvarna riders will likely leave an impression on the fans at the 8th annual TKO, which will take place this coming weekend, August 18-19, at the Trials Training Center, in Sequatchie, Tennessee.

Hart burst onto the North American off-road racing scene over the past couple of years with multiple wins at very diverse events. The Canadian is also the current AMA EnduroCross Junior Champion (riders 21 and under) and finished second in the 2017 championship behind Cody Webb. This will be Hart’s first attempt at the Tennessee Knockout but don’t be surprised to see him running at the front.

Palmer has raced most of the past TKO events and is always a crowd favorite. The New Jersey native is well known for hitting difficult obstacles with aggression and throwing in some style for the fans.

The SRT Off-Road team (@srtoffroad) will be well-represented at the 2016 Kenda Tennessee Knockout this coming weekend at the Trials Training Center. 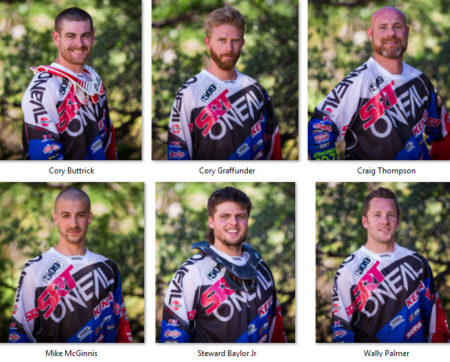 Graffunder has been a top finisher at the TKO before and Steward Baylor is a former National Enduro Champion who is capable of a top result in the tough Tennessee terrain. Buttrick is a solid competitor that has had a resurgence of speed since joining the SRT KTM team in 2016 and Wild Wally Palmer is always a crowd favorite due to his go for broke riding style. McGinnis is lesser known but has done well at tough events in the past.

Read full story and go to my blog if you want to apply for personal loan.