The 2022 Red Bull Tennessee Knockout will host most of the best Hard Enduro Riders in the world this week at the Trials Training Center, in Sequatchie, Tennessee. 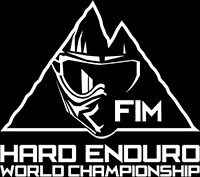 The event is round six of the FIM Hard Enduro World Championship and the AMA Grand Championship for amateur Extreme Enduro. Manni Lettenbichler, Graham Jarvis, Mario Roman, and Wade Young will be among the international riders facing off against some of the best North American riders including Trystan Hart, Cody Webb, Ryder LeBlond, and Jordan Ashburn.

Many of those top riders will kick the weekend off at the Red Bull Straight Rhythm Enduro Prologue on Thursday evening on Broadway Street in downtown Nashville. The course will include urban-inspired obstacles on the iconic street. Sixteen male and four female riders will race in an exciting bracket elimination format in head-to-head pairs. This will be free to the public and run from 7:00 to 10:00 PM CST.

The riders and fans then reconvene at the Trials Training Center on Friday, August 12th for the amateur class AOMC Hot-Lap qualifying before two rounds of amateur class racing on Saturday to determine the AMA Grand Championships for Extreme Off-Road racing. The ECR eMoto (Electric Motorcycle) class will be part of the Saturday morning racing. The top 30 riders on Saturday will earn the opportunity to compete with the top pro riders that are pre-qualified directly to the Sunday racing.

The Pro Women will be competing for an AMA Grand Championship #1 plate on Saturday and a few may qualify for Sunday.

Sunday will begin with sixty-plus riders competing in four rounds of racing. Riders will be eliminated in rounds two and three to narrow the field to the top 20 riders in the main event. The riders, including the women, will be fighting for their share of a $20,000 purse, making it one of the largest payouts for off-road motorcycle racing.