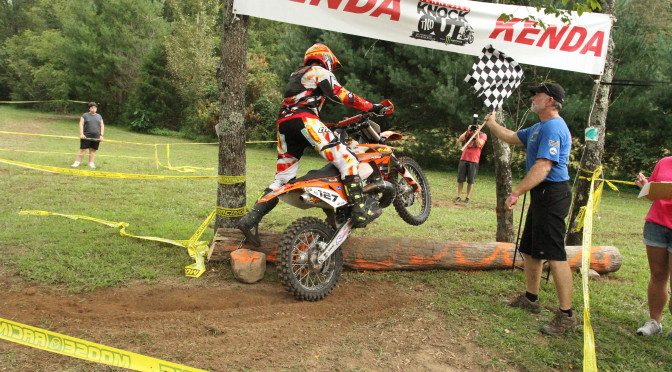 Amateur Schedule and Rules for Saturday and Sunday…

Expert Schedule and Rules for Sunday… 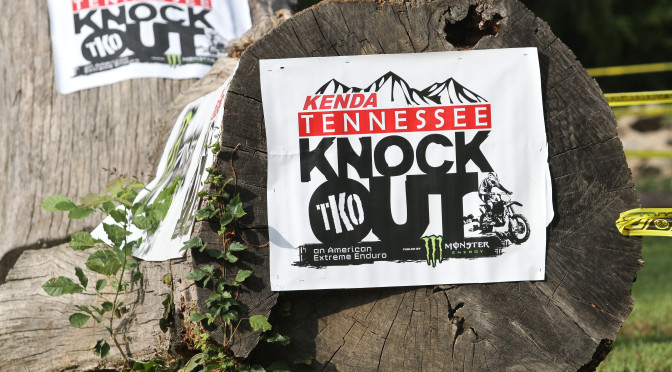 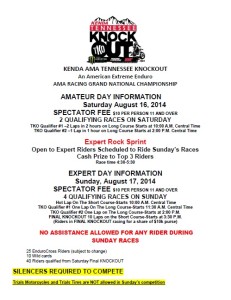 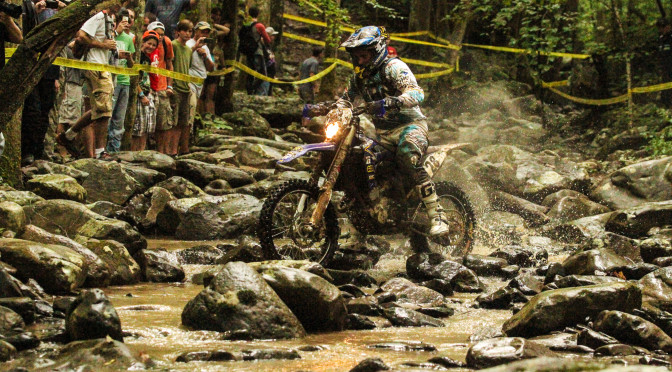 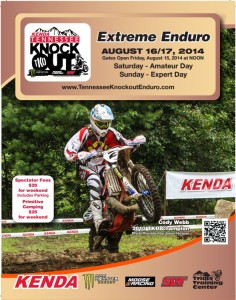 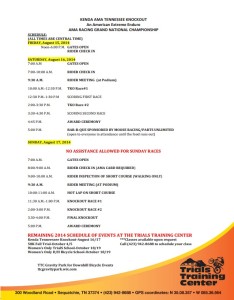 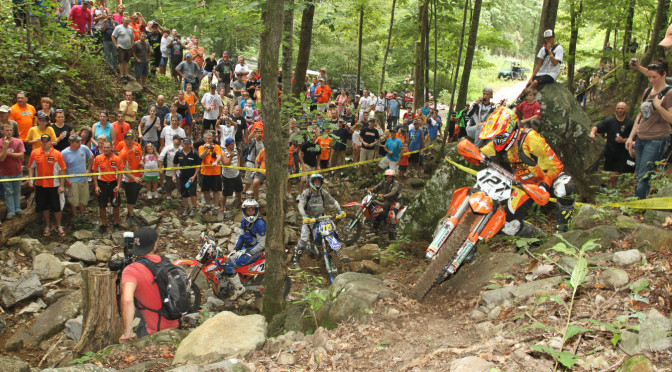 TKO registration is now closed as we have all 120 rider positions filled!!!! If you didn’t get your registration in… we’re sorry but you can still come watch this amazing event!

We will have a waiting list in case of cancellations! Email Catherine and include your phone number so that we can add you to the list. First come, first serve! 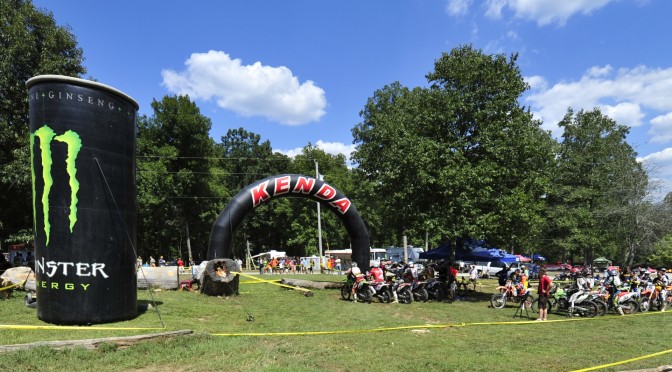 Sequatchie, TN (March 27, 2014) – The fourth annual KENDA AMA Tennessee Knockout, fueled by Monster Energy and presented by Moose Racing and SRT will take place on August 16-17, 2014. Beta’s Cody Webb took the win last year after finishing second to Mike Brown the previous two years. Both riders are planning to be back at the Trials Training Center in 2014 looking to take the biggest share of the $10,000 purse. Webb already took a major win at this year’s King of the Moto’s event in January and Brown has moved over to the factory Husqvarna team so you can expect both to be ready to win again in Tennessee. But you can expect a large group of top riders from all forms of off-road racing to be on hand to challenge for the win as well.

The top five finishers at the previous TKO events have included riders from EnduroCross, Trials, National Enduro, GNCC, WORCS and even the Enduro World Championship. So it is a great mix of backgrounds facing off on an extremely challenging course with a large purse on the line. END_OF_DOCUMENT_TOKEN_TO_BE_REPLACED