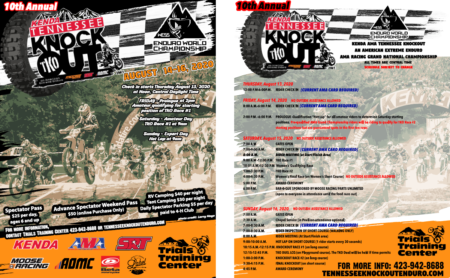 We have the 10th Annual Kenda Tennessee Knockout flyer (2-page PDF) now available for you to view/download.

And yes, we’re excited and relieved that this means we’re hosting the 2020 TKO as originally scheduled for the weekend of August 14-16.

Numerous changes to race events are recommended in the Safe To Race Toolkit recently issued by the AMA’s task force in “this COVID-19 changed environment.”

This Toolkit represents the collective input from a diverse group of motorsports professionals, with the common goal to reopen motorcycle/motorsports race venues and recreational riding areas and competition centers. All aspects of this collective task force effort are based on a full understanding of necessary safe practices, including safe distancing and Personal Protective Equipment (PPE) requirements, local, state and federal guidelines and the generally accepted attention to public health that will be expected of every commercial entity planning to conduct business activities in this COVID-19 changed environment.

You can view/download the 20-page Toolkit here:

This summer, we’ll publish the specific practices that we’ll have in place at the Trials Training Center, the venue for the 2020 TKO.

In the meantime, spectator passes and on-site camping reservations can still be purchased online for the 2020 TKO. See our February blog post for details. 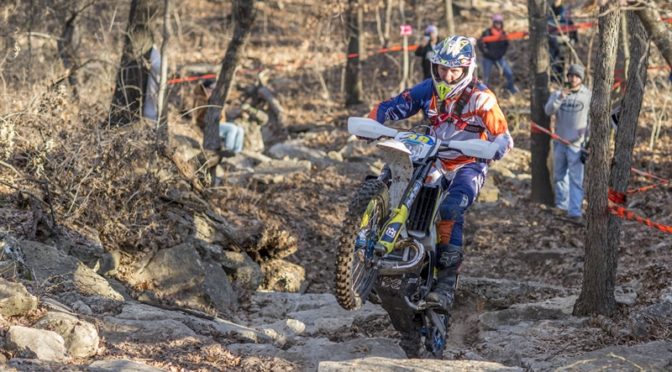 On Day 1, the Amateur State Champions all were crowned in a two-lap race that took the overall winner Jeff Cowan more than an hour to finish. He would go on to finish 13th overall on Sunday, qualifying fourth for the TKO 2.

The event was the first in a series of four regional AMA Extreme Off-Road State Championships at which riders can qualify for the 2018 TKO on August 18-19 at the TTC.

See our January blog post that explains the AMA’s new Extreme Off-Road State Championship Series and its role as a qualifier for the 2018 TKO. 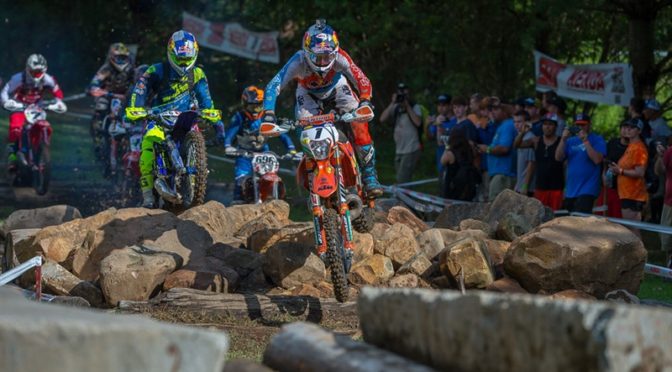 Extreme Off-Road is the AMA’s name for “a specialized form of racing that tests a rider’s skill and their machine’s capabilities over the most challenging terrain that each venue has to offer.” They have designated our Kenda AMA Tennessee Knockout Extreme Enduro as the AMA Grand National Championship for Extreme Off-Road. (The AMA’s Grand Championships are stand-alone events that crown the country’s best amateur racers in various disciplines.)

In 2018, riders will not only be crowned AMA Extreme Off-Road State Champions at each of four regional events. They will also have the chance to qualify for the 2018 TKO on August 18-19 at the TTC, both for the Amateur round on Saturday and for the PRO round on Sunday. Here are the AMA supplemental rules for qualifying: