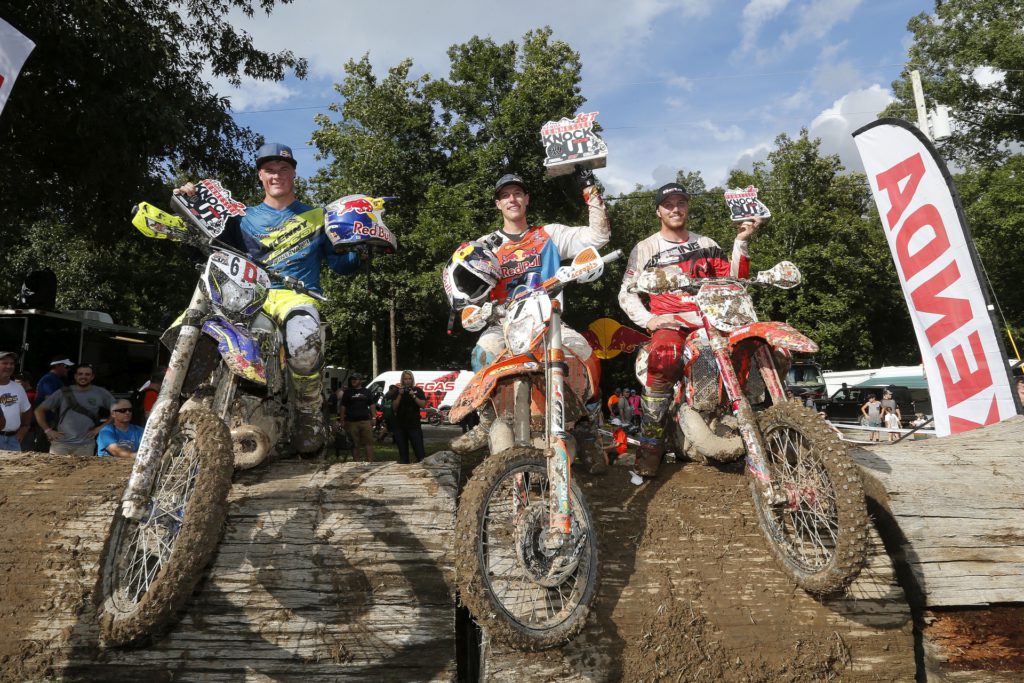 The seventh annual KENDA AMA Tennessee Knockout, presented by Moose Racing and SRT will take place on August 12-13, 2017 at the Trials Training Center. The TKO has gained a reputation as one of the premier off-road motorcycle races in the US and has attracted some of the World’s top racers to try to take the win. Despite stiff competition, FMF KTM Factory Racing backed Cody Webb has dominated the TKO for the last four years. In 2016, he topped South African Wade Young and in 2015, he won an epic battle with the UK’s Johnny Walker.

Webb and Young are both expected to be back along with several of the world’s top off-road riders that have earned an invite directly into the Sunday Knockout rounds. They will all be gunning for a piece of the $10,000 purse. The event will again feature a Red Bull TV feature show, adding to the prestige of taking the win.

The KENDA AMA Tennessee Knockout uses a unique four round Knockout race format that is challenging for the riders and entertaining for the fans. The amazing Trials Training Center facility allows for easy access to the race action.

The top five finishers at the previous TKO events have included riders from EnduroCross, World Extreme Enduro, Trials, National Enduro, GNCC, WORCS and even the Enduro World Championship. So it is a great mix of backgrounds facing off on an extremely challenging course with a large purse on the line.

Pre-qualified riders get a free entry into the Sunday program. These riders earn an invite based top results in several major US or International off-road motorcycle race events. On Saturday, those riders that did not already earn an invite can challenge themselves on the course with the top finishers earning their own invite to the Sunday Knockout rounds.

The following riders have earned invites for the 2017 KENDA Tennessee Knockout.