Check out this 6-minute video of highlights from the TKO pro races last Sunday:

Cody Webb came out on top of an epic battle with Jonny Walker to take the 2015 KENDA Tennessee Knockout win. Photo by Ryan Brehob: 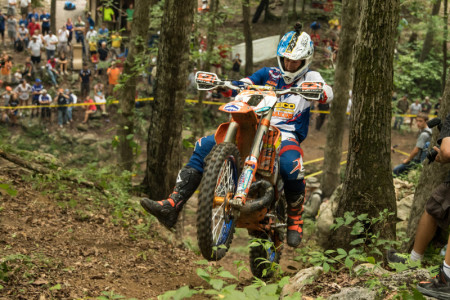 Jonny Walker has been almost unbeatable in 2015 but had to settle for second at the Tennessee Knockout. He said he will be back looking for a win in 2016. Photo by Larry Mayo:

Taylor Robert had a solid day, setting the fastest time in two of the Knockout rounds but an early mistake in the main event took him out of contention for the win. But he recovered to round out the podium. Photo by Ryan Brehob: